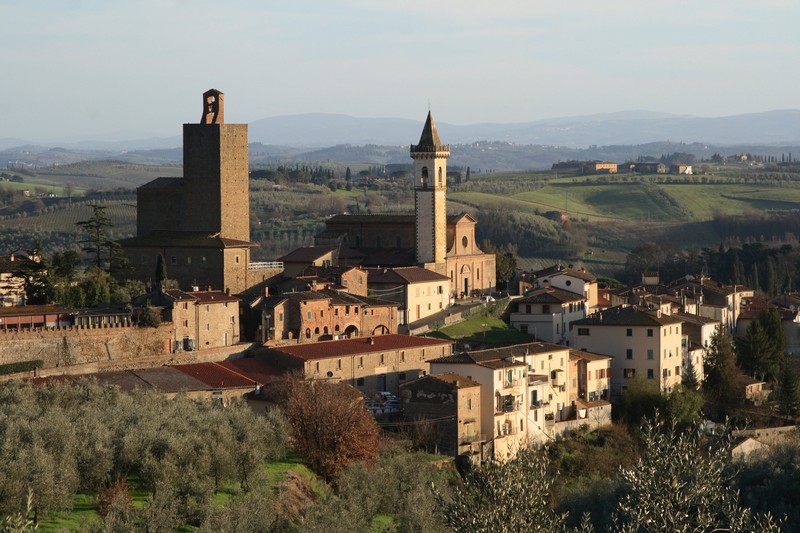 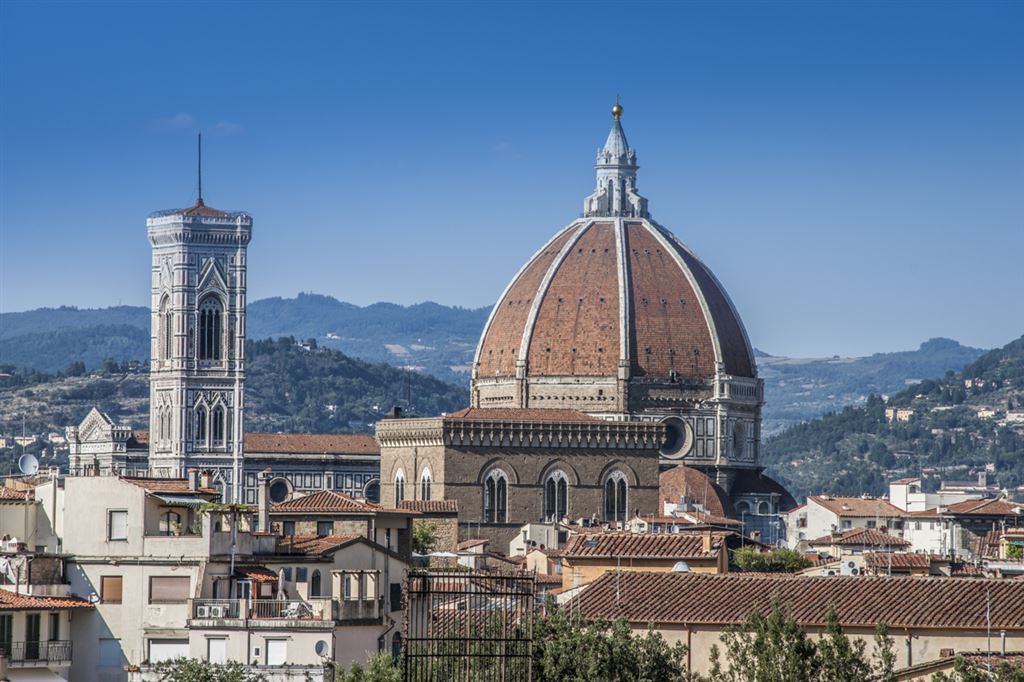 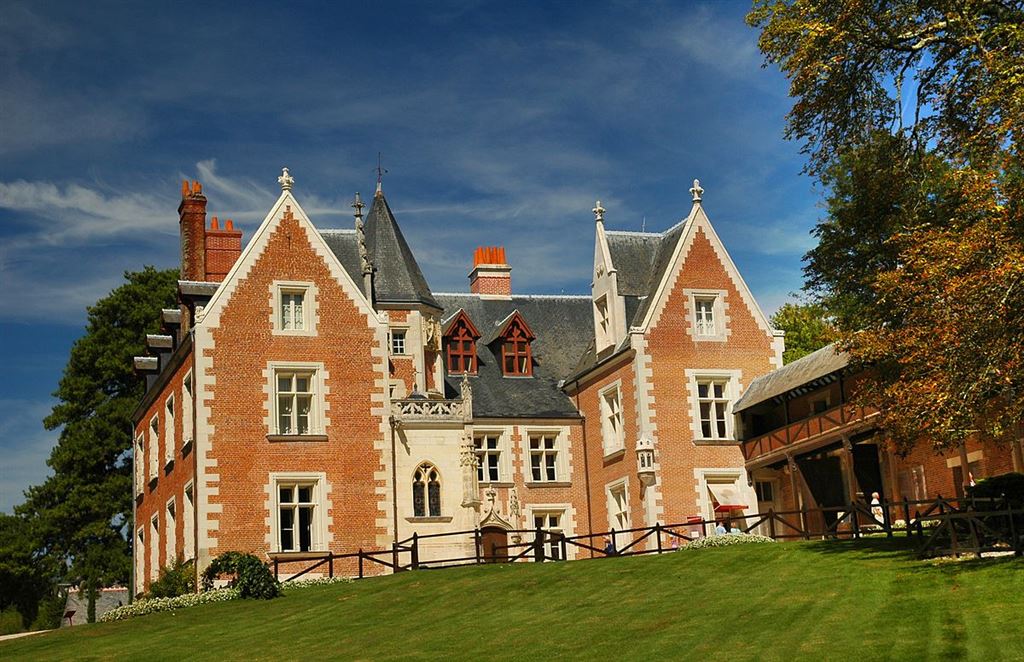 2019 marks the 500th anniversary of Leonardo Da Vinci's death - a perfect reason to celebrate his legacy of science, art and engineering. From bustling Florence and the quiet Tuscan town of Vinci, to the grandeur of Milan, the delights of Lyon, the verdant beauty of the Loire Valley, and romantic Paris, this is the perfect way the see Europe and pay tribute to the truest Renaissance man!

Day 1: Arrive in beautiful Florence and get in the renaissance-mood. Meet the group and tuck into a delicious welcome dinner, either at your hotel or a local trattoria.

Day 2: Step out on a walking tour of Da Vinci’s old stomping-ground; the cosmopolitan city of Florence, where art, culture and scandal abound. Your expert guide will lead a walking tour of Leonardo’s old haunts, before you wind up at the Da Vinci Museum, where genius conceptual machinery designed by Leonardo has been expertly re-created and is ready for your interactive visit. No visit to Florence would be complete without a visit to the legendary Uffizi Gallery, an enormous trove of Western art, including Botticelli’s Birth of Venus, and Leonardo’s own The Annunciation.

Day 3: Take a trip into the Tuscan countryside, right back to where it all began; the undistinguished town of Vinci, where a local peasant woman gave birth to a nobleman’s son, and named him Leonardo. You’ll visit the house where Leonardo was born, as well as a museum dedicated to his life, including digital reconstructions, holograms and full-scale reproductions of his paintings. The real treat comes when you step out into the Tuscan landscapes, and are lead on a guided walking tour of Vinci, where you’ll get to see many places connected to the life of young Leonardo.

Day 4: Depart Florence and head north to Milan. It’s a long drive, but well worth it. You’ll stop off in medieval Bologne en-route, where you can take the opportunity to do some exploring, shopping, or sample of some the local delicacies at your own leisure. Upon arrival into Milan, check into your hotel, where the evening is yours to enjoy.

Day 5: Milan is where Leonardo spent 15 years in a creative frenzy where the middle-aged Leonardo worked for the Duke of Milan on a series of paintings, sculptures and engineering feats. You’ll learn about Leonardo, the Duke and the city’s turbulent history on your tour. The highlight of course, is the most-copied painting in the world – The Last Supper – in the humble monastery. A phenomenally popular attraction, if tickets can’t be secured, a suitable replacement will be provided, such as Sforza Castle, where an extraordinary and under-appreciated Da Vinci Fresco eagerly awaits your visit.

Day 6: It’s a long way from Milan to northern France, where Da Vinci spent his later years, so break-up the journey with a visit to cultural European city – Lyon. Whilst there isn’t an explicit Da Vinci connection, fans will feel right at home in the bustling city, where foodies will adore its gastronomic excellence. An in-depth history tour will take you up the hillside on the funicular, to the stunning Basilique Notre Dame de Fourvière.

Day 7: Leave Lyon behind you as you head across the country, eventually, winding through the gorgeous surroundings of the Loire Valley, where Da Vinci spent the later years of his life, taking commissions. On your journey, you’ll get a sense of Leonardo’s creative inspiration from the area, noted for its hugely ambitious castles. You’ll end your journey at Chateau de Clos Luce, where a lunch will be serviced by a charismatic, costumed Maitre’d, who will take you back to the 16th Century, before you explore the grand castle, the last place Da Vinci called home. Continue onto romantic Paris.

Day 8: Paris never gets dull, and has no end of incredible sights to enjoy, and your tour will end up in the iconic pyramids of the Louvre gallery, perhaps best known for its key setting in the Da Vinci Code. Amongst the thousands of works that will capture your imagination, the Louvre holds both The Virgin of the Rocks and the Mona Lisa, the world’s most celebrated, most parodied, and most famous painting – and it’s always smaller than you think! Cap off the tour with a relaxing cruise on the Seine before raising a toast to art, innovation and Leonardo himself at your farewell dinner. Bon nuit!

Day 9: You’re probably Da Vinci-ed out by now, and you’ve traversed an entire life’s journey across Europe, so pack any souvenirs you want to remind you of your wonderful trip, before heading to the airport at your own leisure for your flight home.

~ See some of the greatest artworks of all time - Annunciation, The Last Supper, Mona Lisa

~ Entry to Da Vinci Museum and Uffizi Gallery in Florence

~ Entry to Da Vinci's birthplace and the Leonardo Museum

~ Entry to the Louvre Gallery and Seine River Cruise in Paris

All our tours are tailored to your requirements, and the itinerary above can be amended to your specifications. France-only, Italy-only, and even longer tours are all possible.

​"The staff were fantastic... nothing was too much trouble. Thanks so much for finding it for us... I wouldn't hesitate to recommend it" Theatre Tour Specialist